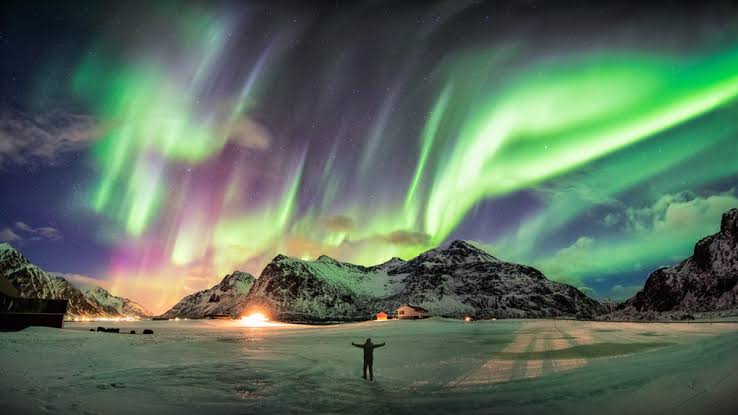 Mounters are in White next year, The View faltered under a resurgent and determined Swans outfit, the dolphins swam up to third spot, The Beach Boys slipped into 4th after their win against their fellow North coasters and the battle of the cellar dwellers went according to plan. Brace yourselves for an exciting last couple of rounds!

As stated last week, if Joondalup beat Morley by more than North Beach beat Sorrento, they would jump into 3rd spot. This is exactly what happened. Joondalup having too much class at home for the visiting Mavericks and their play off destiny is now in their own hands. Daley continued on from his fine performance the week before with an agg securing 20 shot win over Sanders. Papa “Bionic Man” Leggett did the job over Keith “Kenickie” Nazareth and Jimmy “can’t believe he’s playing at his age” Buchanan back on the winners list with a 10 shot win over Radalj. Ben “best delivery in town” Leggett had a point stolen off him by Mark “chur” West – which might be vital for Morley in the run home.
Yokine 77 (3) v Mt Lawley 77 (5)
Shane Shaw 20 v Corey Bessant  35
Melville Lemos 16 v Mark Masel  17
Anthony Kay 15 v Andrew Jones  16
Trevor McGillivray 26 v Anthony Einfeld  9

Mount Lawley visited the kennel and got a “leg up” on the doggies early. Herriot’s friend Jeff’s brother and his rink got off the leash early – with the score getting out to about 20-1. With the other rinks at this stage being tight, it looked like the Mounters had the points in the bag early. Big Trev thought he’d make the day interesting and at the half way mark, with the Bessant rink dropping a couple ends, Trev’s rink was almost cancelling out the deficit his mate “One hip Shaw” was incurring. Masel and Mel “tough guy” Lemos were close all day, up until late on where the Lemos rink were 4 up on the scoreboard with two to play. A bit of a “misunderstanding/provocation” rocked Lemos and unfortunately for him, it had the opposite effect on Masel and the Mounter rink picked up 5 shots in the last 2 ends to win by 1. The Mousse, got over the line over Anthony Kay’s rink by 1 as well and after 3 of the rinks were finished, the Bessant rink had one to play with Mounters up in the agg by 3. On the crossover, Shaw was holding one and managed to add two more and the aggregate was a tie. With 3 rinks to 1, Mounters picked up 5 points which sees them 19 points clear with two to go and they will saddling up next season and galloping into white. As always, a tough rivalry with the bragging rights going to Mt Lawley.
Doubleview 57 (0) v Swan 87 (8)
Christopher McKenna 17 v Paul Kelly  18
Brandon Heta 16 v Daniel Wood  23
Bradley Pearce 17 v David Park  21
Ben Willesee 7 v Tony Natalotto  25

The Swan boys made the trip West with nothing to fear and from all reports played accordingly and sent a statement to the 2 next opponents that they are well and truly determined to finish off the season in very strong manner, beware of 16 determined bowlers all with the same goal.
Paul “If I could start the season again” Kelly and Co took on the consistent McKenna rink and Kelly certainly was singing from the first bowl until the last, this was a classical tight contest throughout with no quarter asked and no quarter given. Daniel Foster was superb all day long piling on the pressure with Fredericks replying in kind, solid battle in the middle with both sides trading blows and it was left to the skippers, McKenna seemingly doing enough only to have Kelly play some sublime bowls to get the chocolates.
The Wood vs Heta was an interesting affair with 2 feisty Skippers not willing to lay down and with Sly & The family Stone singing “Family affair” in the background the 2 Leeds plus Big Wint took on the 2 Southern Brothers plus George, plenty of banter from the rowdy stands and reports were this feed Woods who seemed to grow from strength to strength , Woods and family jumped out early and were never headed, for every blow Heta and family threw their reply it was countered with plenty of gusto, well done to the Swan 4 who were experienced enough to get the valuable point.
The Park vs Pearce game was definitely played in 3 parts.. Part 1 saw Hilz dominate with the reliable Mick and Hutchie chime in and some Park class added to shoot out to a 9 -0 lead after 6 ends and seemed to have found the smooth running grass to their liking.. Part 2 saw Whitty and Tennant building heads and some deft Pearce touch turn this into an 11-9 turnaround, who would have thunk! Part 3 was a ripper with Hilz back on and the everyone else following, Skippers adding huge bowls and all of a sudden it was 21 ends finished with Park prevailing by 4.
Naatalotto vs Willesee was a display of class and experience from both camps with Natalotto firing the big guns at the right time, shooting out to a 15 – 0 lead with the Willesee boys not being able to chip the margin back, full credit to both rinks who played some absolute bombs only to be countered with all the guile and craft of a rink sitting 7th for best performing rinks for a very good reason.
8-0 to the flying Swans sees them draw level on points but with a better % sees them in 6th spot and Doubleview drop to 7th, plenty of points left in the season with both teams with plenty on the line.
Mundaring 89 (6.5) v Manning 2 71 (1.5)
Lindsay Pickles 27 v Brian Jeppesen  13
Geoffrey Bear 34 v Joe Angel  9
Rex Cox 13 v Phil Gillespie  34
John Doncon 15 v Brett Adams  15

The battle of the cellar dwellers went as expected with Mundaring getting their all too familiar win at home. This does not bode well for Manning who are now bottom of the table and with Mundaring still having one more home game in their chamber against Morley, that game might very well decide automatic relegation.
North Beach 87 (6) v Sorrento 74 (2)
John Carlsen 20 v Alan Walton  27
Lee Mitten 20 v Ronald Rogers  17
Terry Jones 31 v Rick Munt  8
John Bartorillo 16 v Leith Oldham  22

The battle of 3rd vs 4th was won by the home team – which is no great surprise. Both teams have been hard to evaluate this year. North beach have won 9, lost 6 this year, with 8 of those wins at home. Sorrento started the year on fire, then backed off and now sit 8-7 for the season. It’ll be interesting to see if either of these two can overtake Joondalup for the play off spot, my money is on Joondalup at the moment to storm home as they are the form side of the comp, but if they stumble, watch for one of the north coasters to be ready to pounce. Sorrento play Mount Lawley on the last day of the season, so this won’t help their chances. But, anything can happen (premiership hangovers are a thing aren’t they?)
LADDER
SKIPPERS